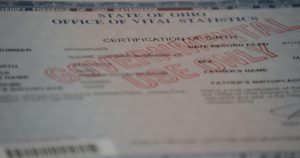 Batavia, Ohio –  A Clermont County bat has tested positive for rabies. The bat, which was found by a child while playing in her backyard was submitted to Clermont County Public Health for testing. The bat was then sent to the Ohio Department of Health, who confirmed it had rabies.

The rabies virus is spread through the saliva of an infected animal and affects the central nervous system. Once infected, the virus will almost always cause death. However, human rabies cases in the U.S. are extremely rare because of anti-rabies treatment.

“Fortunately, in this case, the mother knew exactly what steps to take, and brought the bat in right away and began treatment on the child,” said Clermont County Health Commissioner Julianne Nesbit. All animal bites should be reported within 24 hours.

“Even if a noticeable bite doesn’t occur, exposure could come from a scratch as well. With young children, or a person sleeping, a bite could occur without the person knowing,” said Nesbit.

This is the second positive rabies case in the last 12 months in Clermont County. The last was in June 2016, when it was also discovered in a bat. In 2016, there was a total of 41 rabies cases in Ohio; 36 cases in bats and five cases in raccoons.

“Pets are more likely to have an encounter with a bat than a person is, so keeping your dog or cat current on their rabies vaccination is extremely important,” said Nesbit.

Because of their nocturnal lifestyle, bats that are seen during the day, or are unable to fly, are more likely to be rabid.

Clermont County Public Health investigated 338 animal bite reports in the county in 2016. Most of those were dog bites and only six cases involved bats.